It is well documented that, in a country such as Wales, it is undoubtedly important for those artists who value their cultural roots to make them part of their artistic outlook and incorporate both cultural icons and ideas into their work. It is clear to see in the generations of fine artists and sculptors since the Second World War, and it has been supported and encapsulated in many a book on these matters, none more worthy of citation that Iwan Bala’s “Certain Welsh Artists” where the whole landscape of “custodial aesthetics” is both individually and generally discussed.

I fear, however, that this sort of topic has less truck with present day composers in Wales, for whom, perhaps, this smacks of political manoeuvring, rather more than art. This, I find intriguing, and is a worthy topic to take much further, but at the moment I am interested in the nature of the divide between what I may call the ‘establishment’ view of art administrators, and that of the Welsh artist (used in the larger general sense) who has, consciously or not, accepted a certain Welshness into his artistic language.

If we understand our present social and artistic environment as being of a post-modern variety, then the juxtaposition is between that and its antecedent, modernism. We have arrived at our present juncture, in artistic terms, through decades of the modernist outlook in the twentieth century. Such an outlook, of course, went hand in hand with other social movements, which seemed to say to us that individualism was anathema to its creed, and that it was incumbent upon us to reject the past, forge an entirely new language, with associated forms, grammar and syntax, and evolve new languages which seemed to reject communication on a human level. We all know by now the routes that this modernism took, with the high intellectualism of the serialist approach versus the East-influenced openness of simplistic tonality and ‘anything goes’ branch. Both, however, in their extreme examples seemed to deny any attempt at portraying meaning in the music that resulted, and this is crucial to record here because of the implications to purveyors and commissioners of music in our society. The ‘Darmstadt’ method was to loose itself in extreme abstraction of sound, while the ‘chancers’ or aleatoricists lost themselves in a haze of narcissism, with the result that neither created, or perhaps wanted to create, music with a depth of meaning that  grew from the human condition. That was the point, probably, at which ‘new’ music lost its audience from the general public: its ghettoisation, however, continued, and contributed further to the isolation that it suffered from. In the words of one composer from outside of the intellectual rigour of European Darmstadtian aesthetics: “I have nothing to say, and I am saying it” John Cage (in regard to the silent piece “4′ 33″). At least he was honest about his intention, and clear in his articulation of it. But, the worrying thing, of course, is that that long-held paradigm of music, that it could ‘say’ things that words could not, was thereby thrown out of the window, or should I say the concert hall. This approach also resulted in the famous comment about the death of opera: different words, but same effect.

Meaning, then, was something that, in general, creative people have valued highly in their different arts, but was rejected in favour of an abstract, moment-led, vaporous sound event system that some still call music. But meaning still holds with many a poet, painter, sculptor, and novelist. Why should music only have rejected it, to replace it with a quality of sound that is only entertaining to some of our senses, and not the whole being. There is food for that in that, too, which may border on the general trend in society for the rejection of anything with an intellectual bias, but many Welsh artists who have worked in a non-abstract style, have continued to use it in their work, centering  as it often does on artistic messages about their sense of place, language, and culture, all things that have, to some extent, stayed outside of the modernist paradigm because of their specificity. This is work which concerns their ‘custodial aesthetics’ of valuing and highlighting the message of place, community, etc., behind their work, and is always particularly important to those creators who live in a small overwhelmed (colonised?) society.

Modernism, on the other hand, has continued to show its global, conceptual, abstract nature, and also it’s dismissal of meaning in its make up. This, however, has shown itself to be an ideal aesthetic for those administrators of the arts, or establishment figures, who interface with artists, through commissioning processes, grant aiding schemes, etc., since without that troublesome, awkward layer of commentary, or meaning, in an artefact it renders itself less complicated, less feared, easier to deliver, easier to pass on (to an tremulant public, hesitant, and fearful) as worthy. In an age when the arts are not seen as important in themselves, but of value only in the way that they can facilitate other quantifiable effects, such as ‘value for money’, education, audience numbers, workshop participants, etc., then those who account for these things see it as easier to deal with if they do not have to have an opinion as to the quality of such artistic artefacts. For, those with the purse strings usually do not hold the paint brush, or mould the pot on the wheel, and hence find it easier to tick the box of appropriateness if they do not need to pass judgement upon art. The criteria, as mentioned just above, are concerned with other more quantifiable parameters, chiefly ‘bums on seats’. Often, of course, the artist of merit and the work of genius in modernism, have gone hand in hand, and this is obviously of credit to the individual. I am not, here, trying to denigrate the individual or the trend, but merely trying to show that the modernist aesthetic is easier for the establishment to accept, because of its lack of meaning in its abstraction, than the work of post-modernist individuality, which may often seem nationalistic in its own aesthetic, particularly, as I have said above, in Wales, where the colonialist ogre shines through the passionate battlegrounds of minority language and culture. Wales, because of its history, and particularly its neighbour, has to have an agenda about its culture and its language in order to perpetuate itself culturally.

However, when it comes to maintaining this artistic outlook, which may be seen by others as narrowly ‘nationalistic’ in its post-modern way, and even reactionary, and conservative, for the very benefits of the community and the individual, I suspect that there may be a conflict, because in order to be true to one ideal, it means that the products, the art works, of that artistic endeavour, be it poetry, fine art, or whatever, may not be understood by those whose criteria of evaluation are fixed within the modernist paradigms. Could it be that those establishment organisations, who have the power through finance, competition, or otherwise,  see the work of Welsh artists as limited, and particular, to their specific cultural environment? And, furthermore, could it be seen as troublesome, and difficult because it has that ‘meaning’ behind it which makes it what it is, a commentary on the very society to which the troubled viewer, or administrator, is a part. The one is therefore at a disadvantage to the other, precisely because of the intrinsic nature of their art. I am working with generalisations, of course, and there may be many exceptions to my thesis, but I think that it is a viable construct, and one which seems borne out in practice. How often do we see some art lauded, even promoted by organisations, which has nothing to say, even to those artists who know what it should say. The danger in this, you may say, is that since  “beauty is in the eye of the beholder” it can be justly cited to counter my argument. Indeed it can, but although accepting this principle, it does not counter the argument that whole societal organisations and trends do accept modernist art more readily than post-modernist art precisely because it can be justified by organisations/individuals by nature of its abstraction, and because then it does not offend in any way, and because it has no inherent dangerous meaning. I am sure that there can be individual instances cited which refute this proposal, but it seems to me that it is easier to sit on the fence, wash one’s hands, and justify expenditure in such innocence, than be troubled by ‘message’ and have to persuade others of its significance.

For other countries of Europe, for example, especially those larger ones who do not have this identity crisis within their culture, or think they do not, their established cultural environment is not a problem for them, because they have a dominant position within their linguistic and cultural borders. Theirs is the established view. Wales, of course, does not, and hence its antipathy towards larger culturally dominating countries. These more dominant and settled countries now accept the lingua franca of modernism in mainstream artistic practice as the principal language of the western world, because it suits them to be cognisant only of the non-specific, non-conflicting language of global modernism. And globalisation, of course, is just the sort of societal trend to support this approach to art. Thus, when an artist who consciously refutes that paradigm in order to embark on an individual search for a language which befits their search for cultural identity, then they, and their work, will seem at odds with the establishment view. They will, therefore, be at a disadvantage in the collective market place, be it fine art exhibitions, concerts, or publishing, and competitions.

The establishment view is modernist. This suits it, because a modernist cultural outlook seeks an internationalist language, a global language, a language that does not specify the origins of its authors. This is attractive to those who do not want to “say” anything in their work, because an entirely modernist artistic approach does not want to “mean” anything in the accepted sense, because of its own need for global artistic  understanding, for if there was anything ‘country specific’ about artistic endeavours, then it would, obviously, mean that it would not be understood by some (many?). Like the modernist architecture of its hey-day, its artistic language would be bland, global, and characterless, like the skyscrapers and concrete office blocks that have blighted many a city of the whole world in the past.

So what of the painters, composers, poets, and others, with a desire to create with a sense of place, and purpose, to be at the centre of a specific cultural milieu? Will they be understood? Will the establishment view preclude them from being understood internationally? Will they seem isolated? Will they seem old-fashioned, in their search for a language with meaning? Who knows. But for me, artistic production is all to do with understanding and commenting upon the human condition, and how it involves me, and what I think of it, in all its guises, in both past and present, at least. 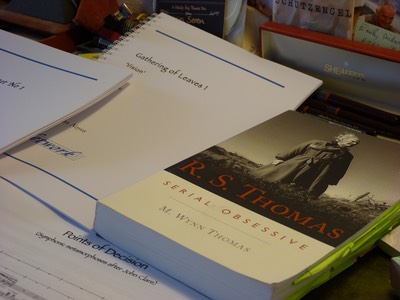